If you get stuck, get away from your desk. Take a walk, take a bath, go to sleep, make a pie, draw, listen to music, meditate, exercise; whatever you do, don’t just stick there scowling at the problem. But don’t make telephone calls or go to a party; if you do, other people’s words will pour in where your lost words should be. Open a gap for them, create a space. Be patient.

The written word is a dying art. By which I mean the handwritten word. The postcard, the greeting card, the love letter, all but lost and forgotten in this bright, new, digital world.

Now, don’t get me wrong, the Age of the Internet has brought with it global communication the likes of which the world had never seen, and that is a wonderful thing. However, in my mind at least, vacation updates on social media will never be the same as a postcard, digital greeting cards do not leave the same impression as a physical card arriving in the mail, and no email, no matter how thoughtful, can truly replace a handwritten love letter.

Such a letter, I feel, brings a certain tangibility to the words contained within, in a way that no digital medium can, and a permanence that cannot be achieved through conversation alone. And when I choose to write such a letter, I do it right: with fine parchment stationery and a quill (or a fountain pen if I’m in a hurry). Because if a letter is worth writing, it’s worth taking my time and making it beautiful as well as thoughtful.

I am overdue to send another round of notes and cards and letters to those I love. If your mailbox has been feeling neglected, expect that to be remedied promptly.

You just need to put on a slinky dress and a corset, meet a couple of friends at a club, make at least one person wish you were going home with him, and watch a little amateur shibari. 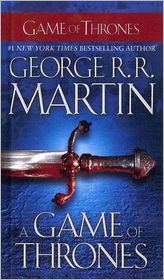 […] because of instinct. You can tell who to trust. People can, just like animals. We don’t listen as well as they do, always, but it’s still there. That prickling feeling when something’s not right. That calm feeling when it is.

When some dude messages you through OKCupid.
And he’s one of your ex’s buddies.
Whom you’ve met.
Who doesn’t realize that he’s met you before.

And he says this to you:

I am, legitimately, curious about your view on polyamory. I have a good friend that is writing a book on the subject […] It would be interesting if a random internet person had the exact same beliefs.

And you stare at the screen.
And you facepalm a bit.

And you want to write a response like this:

As it turns out, I’m not a ‘random internet person’ – I guess you don’t remember, but we’ve actually met a few times, a few years back when I was dating [EX]. Small world, eh?
And, after reviewing the evidence that I’ve acquired (experienced) during a lengthy relationship exploring polyamory with [EX], I can definitively state that my views and his are not in alignment on this subject.

Hope that clears things up for you.
Bye now.

But you don’t say that.
Because you’re a grown-ass adult.
And you don’t want any drama.

And it’s not really this dude’s fault that he just brought up a remarkably uncomfortable subject about your ex. He probably  genuinely doesn’t recall meeting you two or three years ago. And he probably just thought you were cute, or interesting, or something, and is just trying to make conversation.

Which means that being snarky is really just being rude.

So, instead, you do nothing. You just sit there, staring at the screen, repeating to yourself: This is fucking weird, man. Just. Fucking. Weird. 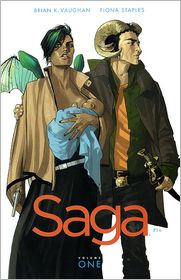 When he asks, “Would you like to stay tonight?”

And your brain says: Wasn’t there something you needed to do at home? Like for reals, you totally have shit that needs to get done…

But your mouth says, “Absolutely.”

I have certainly made worse decisions. 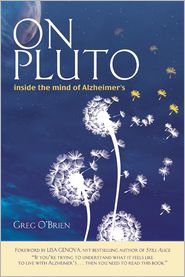 Falling in love means taking your thin-skinned little muffin heart out of its cushioned case, unwrapping its protective layers of fear, cynicism and irony, and shoving it unceremoniously into rush hour traffic.