Have you seen 12 Monkeys?

If you haven’t, you need to stop what you’re doing and go watch it. Right now.

In an exemplary vision of the ever-popular dystopian, post-apocalyptic future, Terry Gilliam brings together Bruce Willis, Madeleine Stowe, and Brad Pitt in a world brilliantly reminiscent of Brazil yet not nearly so uncomfortable. The story weaves carefully through various times and places, planting hints and clues along the way in some of the best subtle foreshadowing I’ve experienced. Willis is sympathetic and heart wrenching. Stowe is delightfully skeptical. Pitt is nearly unrecognizable in his madness.
It’s a powerful experience.

Now, this film was released when I was a mere 10 years old, so you may be wondering how it came to be a favorite. It’s a simple answer really – I inherited my father’s love of Bruce Willis in my youth – the good (Die Hard), the bad (The Last Boy Scout), the amazing (The 5th Element), the downright campy (Death Becomes Her). I can thank my father for all of these, and 12 Monkeys among them.

You may also be wondering why I’m choosing to talk your ear off about this particular piece of cinematic wonder on this seemingly random summer day. This too is a simple answer – in recent years, independent theaters have taken to showing older films on the big screen to a notably positive response (mine included). Showing tonight, courtesy of the Denver Film Society, is this gem, and I couldn’t be more excited.

Later this summer, DFS is teaming up with the Denver Museum of Nature and Science for their annual Science Fiction Film Series. 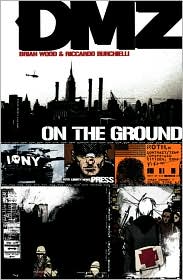 Everybody wants to feel that you’re writing to a certain demographic because that’s good business, but I’ve never done that… I tried to write stories that would interest me. I’d say, what would I like to read? I don’t think you can do your best work if you’re writing for somebody else, because you never know what that somebody else really thinks or wants.

When my friendly, neighborhood Alamo Drafthouse Cinema offers me nearly free tickets to see a movie, I don’t usually think twice about it.

I probably should sometimes.

Last night I saw Area 51. It was supposed to be one of those found-footage/dudes running about while filming their experiences horror films. Note that I said “supposed to be.”

What they failed at was the horror.

I didn’t jump. I didn’t scream. I didn’t even feel particularly uncomfortable (aside from the motion sickness).

Now, this was from the same director as Paranormal Activity, which managed to have a suitable number of creepy, uncomfortable, and/or jumpy moments, all without fucking with my equilibrium, so I expected this to, at least, not be terrible.

Was it terrible? Not particularly. But it certainly wasn’t good, either.

Overall rating: Bored with a side of “Where’s my Dramamine?”

My first trip to the Aurora Fox was a few years ago, when they put on Something Wicked This Way Comes. (My favorite story from Ray Bradbury.) It was fantastic.

So, when I received an email from the Fox, advertising She Kills Monsters – a play about Dungeons & Dragons (yes, you read that correctly) – I simply had to go.

And this was one hell of a show. The script was witty, thoughtful, and hysterical. The cast was delightful, and the sets were phenomenal.

She Kills Monsters left me, and the four friends who joined me, nostalgic for our younger years and excited to get our dungeon on.

The short answer? The Aurora Fox does not disappoint.

Disability doesn’t make you exceptional, but questioning what you think you know about it does.

Unless you’ve been living under a rock for the last 30 years, you know that this post is going to be about Highlander.
(And, damn, that movie totally came out nearly 30 years ago!)

If you’ve never had the opportunity to view this… classic (*cough*) film, then you should definitely make the time.

Don’t get me wrong, it’s a terrible movie, but there’s just something painfully delightful about watching Christopher Lambert run around in the worst 80s fashion (jeans, white tennis shoes, over-sized tan trench coat), with the worst 80s haircut (I can’t even describe it), while trying to fend off a punked-out, sociopathic Clancy Brown (he seriously looks like he just stepped out of a Sisters of Mercy music video) who wants his head. Hell, we even get flashbacks that include Sean Connery, lending everyone’s favorite Scottish accent to an Egyptian immortal  from Spain (yes, you read that correctly).

And did I mention the soundtrack? Queen. Need I say more?

Anyhow, if you’re curious why I’ve decided to drop this recommendation on the internet today, seemingly out of the blue, well, it was less spontaneous a decision than it seems:

The Alamo was screening Highlander tonight for one of their many, many, many special event screenings. (Reasons why I love the Alamo: too many to count.) My very good friend, JS, revealed to me that he had never seen this fine example of American cinema, and we simply had to remedy the situation.

They even had Scotch eggs on the menu…